Side Hustle Your Way To Financial Freedom! 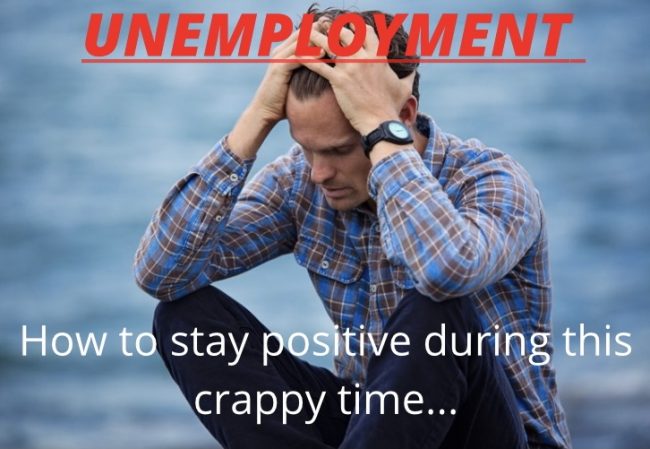 I’m currently going through my second bout of unemployment, thanks Covid.  This time around it’s no problem at all.  The first time was HORRIBLE!  This time around my wife is making $3,000 more each month.  Our debts have dropped by over $1,000 a month.  And we have an investment property that brings in $700 each month.  We made major life changes the first time I lost my job and we’re honestly better off because of it.  Still, getting through unemployment is not easy.  If you’re doubting yourself, I promise if I can get through it you can too.

I graduated with a 4-year degree in Nursing, passed my boards with ease and was part of the Nursing Honor Society.  Just 1 problem.  I realized in my 4th year that I had zero desire to be a nurse.  It wasn’t what I thought it would be, and I found that out the hard way.

I had been working full time while going to school for an ecommerce startup managing the warehouse.  Turns out I really liked that job.  We sold high end furniture and I was making amazing money for someone in college.

When I graduated, the owner of the company told me to forget nursing and stay with the company.  He offered me a six-figure salary so I stayed.

My though was I could always go back to nursing.  But a year turned into 2, then 3 and before I knew it 6 years had passed, and my nursing education was pretty much obsolete.

At the time I had no regrets because I figured my education worked as leverage to get me a six-figure salary right out of college.  That was until things started to fall apart.

When Your Boss Moves Out of State

Promotions continued to roll in and eventually I was the big cheese.  The owner decided to step away and I handled every aspect of the business operations.

The boss was so comfortable with me running everything that he even moved out of state.  It wasn’t unusual for a month to go by without him showing up even once.

This was actually a dream come true as I didn’t care for the man at all.  He seemed nice on the surface, but he was a self-centered narcissistic pig.  He’d cheat on his wife, screw over vendors and customers without thinking twice.  He never crossed me, so I stayed, but he was just a terrible person overall.

The Company Moves Too

One day I get a call from the owner of the company.  He says the warehouse’s lease is coming to an end and he wants to purchase a warehouse right down the road from his new home and move the business closer to home.

It was in that moment that I knew I was totally screwed.  He lived 2 states away on the other side of NYC pretty much a good 4.5 hour drive.  My wife has a fantastic job so moving with the company was out of the question.

We threw around the idea of getting a new lease at a larger location close to where the old place had been.  We talked about key man insurance on me.  Then he dropped a bomb…

The only way the company would stay in the area is if I were willing to start an LLC, sign the lease personally, and run the company that way.

I can’t even begin to explain how much this muddied the waters and the amount of stress this created trying to figure out what would be the best move for me.

After looking at locations locally and strongly considering signing a lease to not lose my high paying job, it was too late.  A warehouse by the owner opened up and he was putting in an offer.

The location of this place was TERRIBLE.  The loading dock was terribly slanted and too small for an 18 wheeler.  It was 25 minutes from any main highway and over an hour from New York (where most of our clients came from).

None of this mattered, he wasn’t doing it for a purpose other than he just wanted to do it.

I had my first panic attack.  I saw the writing on the wall.  For 3 months I had applied for jobs and nothing.  Though I was excellent at what I did our company was overall small.  All my networking was out of the Carolinas or Canada.  I must have applied to 200 places with no interviews and this was 2017 during super low unemployment.

I went on medication.  I continued to work for the company, responsible to oversee the move.  It was the hardest I’ve ever worked in my life trying to run a company while also move it across multiple state lines.

We had over $2 million of high-end furniture inventory that had to move.  Everything had to be packed and shipped.  I worked 18-hour days thinking it might somehow save my job.  Deep down I knew I was just spinning tires

Finally, the day came when the local warehouse was completely empty, and the lease over.  The owner was so excited, and I was in the worst place I had ever been in.

“Luckily” because the owner had been out of the day to day for a solid 2 years, he still needed me.  He was pretty much incompetent, how he was able to start such a successful company still escapes me.  I guess hiring me helped, but he was doing $400k in sales a year before I came on, by the time it was in my hands I grew that number to over $2.5 million.

So he kept me on for a year.  I’d work from home updating the website, working with designer clients, scheduling shipping, etc.  I’d drive the 4.5 hour commute once or even twice a week to be there for the shipping pickups.

I kept a paycheck, but it was absolute torture.

During that year I continued to apply for jobs and for a year I found nothing.  I interviewed for a few jobs, but they never worked out.  I’d do follow up emails and calls.  Linkedin messages, the works.

Nobody wanted a Registered Nurse with zero experience or a business operations manager without a business degree… I was completely stuck.

I decided my only option was to start my own company doing exactly what I had been doing.  I started secretly building a website.  Getting all the legal paperwork ready.  Just waiting for the day I’d be inevitably fired.

And eventually that day came.  I worked with that man for 10 years and helped make him a millionaire.  He shook my hand, thanking me for everything and sent me on my way.  No severance or anything.  He even put in my unemployment information in the wrong state only making things worse.  That was the very last time I spoke to him.

My little business launched and didn’t take long to make money.  I can still remember selling my first custom table for $5,000 with a $2,800 profit.

It was a dropship model, and I was listing as much product on the website as I could.  eBay was great for selling little expensive soap dishes and book holders.  It just was not enough, and I was running out of money.

I knew that before too long my savings would be gone unless the company really started to take off or I landed a job.  Part of the problem was I had built a lifestyle around making $150,000 a year at the age of 25 into my 30s.  So even though the business was doing well by most people’s standards, it wasn’t covering my expenses and bills.

Pounding the Pavement and Getting Lucky

At this point it had been 11 months since I lost my job.

I found a job listing online for a local company, small but publicly traded.  A business development position selling finance options to the healthcare industry.  I figured my education and experience might be a good fit.

I applied, put on my suit and just went to the location to bang on the door.

I entered the lobby only to find another set of doors that were locked.  There was a directory so I started flipping through to see if I could find an HR person to call, maybe they would like my initiative.

Then I hear someone behind me say my name.  It was a guy I went to high school with coming back from his lunch.  I told him why I was there, he gave me 3 people to reach out to and gave a recommendation to them.

I got an interview…

I only had maybe 3-4 interviews in my life.  I cannot even begin to tell you how nervous I was.  I’m a confident person, but I was still suffering from the depression of losing that job that I loved so much.  I had just zero self-confidence.

I ended up interviewing 5 times with a total of 12 people.

In the end I got the job, a big pay cut, but enough to cover expenses.

I ended up closing my business.  Though I still think it had potential I simply could not keep up with both.  My anxiety was at an all time high and I was still taking medication to fight it.

My new job was infinitely less stressful than my old one.  I was lucky because my wife was given a large promotion that offset my drop in income, so we felt no pinch.

Still, I had a lot to learn.  I went from being the boss and managing 8-10 people to managing no one and having to answer to someone every day.  Luckily, I was part of a great team and managed to get a foot in the door into an industry that pays it’s higher ups extremely well.

Getting through unemployment could be one of the hardest things you ever do.  I think I applied to over 500 jobs.  I had a 4-year degree in Nursing graduating at the top of my class.  I let all my experience go stale.  I watched on LinkedIn as old Nursing classmates were being excepted to Anesthesiology programs just 2 years away from job security and $200k a year.  Meanwhile I was jobless.

I lost a job that spoiled me with a great salary at a young age.  I was thrown aside and unappreciated.

I was asked to sign a lease for my company taking on all the risk with the only reward being keeping my job.

I lost 20lbs due to stress.  I could not sleep at night.  I slipped into a depression and had to go on medication.

I was unemployed for 11 months… and I still found a good job.

It All Worked Out For The Best

Eventually, I found myself in a better situation then I had ever been in.  I paid down debt more aggressively.  I built a large nest egg and invested in cash flow positive real estate.  The depression and anxiety went away, and I sleep better now than I ever did.

Never give up.  Keep on going.  Pound that pavement and hope a little luck comes your way.